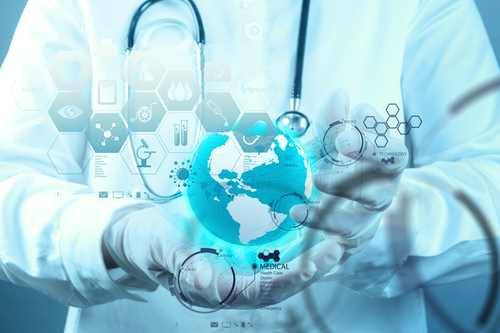 A Look Back at Modern Medicine: How Did We Get Where We Are Today?

A Look Back at Modern Medicine: How Did We Get Where We Are Today?

Hundreds of years ago, herbs and plants were used as natural remedies for everything from headaches to mouthwash to poor digestion. Leaves, nuts, and berries, known as botanicals, were all cultivated in an attempt to cure disease.

We’ve come a long way since those days. Today, routine immunizations are administered to toddlers, and as adults, we head to the doctor for annual check-ups as a preventative health measure. Modern doctors and researchers are certainly committed to furthering medical developments and collectively improving our quality of life.

Here is a timeline highlighting some of the most significant modern medicine innovations:

Germs as a Cause of Disease

Chemist Louis Pasteur, known for pasteurization, was the first to make the connection between microorganisms and disease. Prior to his groundbreaking work, germs known as pathogens were not acknowledged as a cause of illness. His research additionally laid the foundation for researchers for years to come.

Smallpox was a viral disease, with symptoms including rash, pustules, and flu-like feelings. In the late 18th century, physician Edward Jenner experimented with exposing patients to the cowpox virus. Jenner’s was the very first vaccination developed to help prevent the spreading of disease. Many consider him to be one of the most influential members of immunology.

In 1928, Scottish scientist Alexander Fleming discovered the first true antibiotic, capable of killing microorganisms, or pathogens. To this day, penicillin is still commonly used to cure bacterial infections like staph or strep throat. Fleming would later receive a Nobel prize for his scientific contributions.

The first influenza vaccination was developed in 1933 after researchers determined that the illness was caused by influenza virus types A and B. According to eMedicine Health, the vaccination was used to protect US troops in World War II. These vaccines “were not as purified as more modern vaccines, and the impurities in vaccines were thought to contribute to side effects such as fever, aches, and fatigue.” Today, similar symptoms may appear after a flu shot, but rest assured, the vaccination is designed to prevent the virus.

Jonas Salk is credited with developing the vaccine for polio, which he announced to the general public on a radio show in 1953. Polio was a debilitating viral disease capable of immobilizing anyone afflicted. Wealthy and poverty-stricken children alike contracted polio; with famous Americans like Franklin D. Roosevelt suffering from the crippling disease. Fortunately, the polio vaccination has been widely used since 1961 and the disease itself has been virtually eliminated in the U.S.

In 1967, the first successful heart transplant was performed by Dr. Christiaan Barnard, lasting just over six hours. This time-consuming, invasive surgery, relies on the replacement of an unhealthy heart with a healthy heart from a donor. In addition to saving countless lives, Dr. Barnard’s surgical advances paved the way for future organ transplants.

Hepatitis A, B, and C

Hepatitis spreads through bodily fluid contact, like blood, saliva or semen. The disease additionally causes inflammation of the liver and can lead to cirrhosis, liver failure, and liver cancer. Per Wikipedia,” The first Hepatitis B vaccine was approved in the US in 1981.” “The first hepatitis A vaccine was approved in Europe in 1991 and the United States in 1995.” Hepatitis A and B are both routine immunizations for young children and have been since 1994. There is no vaccine available as of yet for Hepatitis C, but several vaccines are currently under development.[2]

Today, stem cell research allows scientists to generate organs for qualifying patients. Livers and artificial kidneys are also being developed by doctors to prevent patients from the long and stressful wait for healthy organs. According to Discover Magazine, “by making embryos, then removing stem cells from the embryo and cultivating them to grow into tissues that could cure diseases, replace organs and heal injuries.”