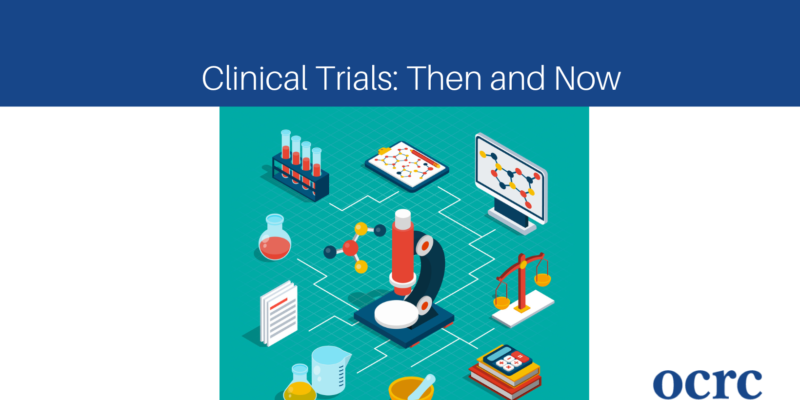 Clinical Trials: Then and Now

Clinical Trials: Then and Now

Here is some of the earliest evidence of early experimentation with homeopathic treatments:

Introduction of Placebo and Blind Trials

The concept of a placebo first appeared in medical readings in the early 1800s, defined in the Hooper’s Medical Dictionary of 1811 as, “an epithet given to any medicine more to please than benefit the patient.” Placebos have since become a crucial part of many clinical trials, since they work psychologically more than physiologically; though not technically helpful, placebos are harmless.

“Blind trials” emerged in the 1900s, as another aspect of the placebo effect. In these studies, participants don’t know if they are receiving a placebo or an investigational medicine.

Medical Mishap and the Federal Food, Drug and Cosmetics Act

In 1937, a treatment for strep throat, Elixir Sulfanilamide, was put on the market in liquid form after showing positive results in tablet form. Before becoming publicly available, people or animals did not participate in this treatment method. Consequently, more than 100 people died. This led to the 1938 implementation of the Federal Food, Drug and Cosmetics Act which still acts as the basis for FDA regulation.

The FDA continues to enforce strict regulation when it comes to developing (and even testing) new medicines and treatments. In the 1960s, another public health tragedy was prevented as FDA medical officer Dr. Frances Kelsey worked to prevent the approval of thalidomide in the United States. Women around the world had previously been using it as a sleeping pill and to prevent morning sickness. However, they were reportedly giving birth to children with severe deformations and other birth defects. Unfortunately, pregnant animals, much less people did not participate in these impoart investigational studies. This further reinforced the importance of close drug regulations.

At OCRC, we offer a variety of clinical trials and research studies that are open for participation, in our state-of-the-art clinical research facility. If you are interested in volunteering, please tell us a little more about yourself in the Current studies section of the home page and we will contact you to determine your eligibility for current and future studies.