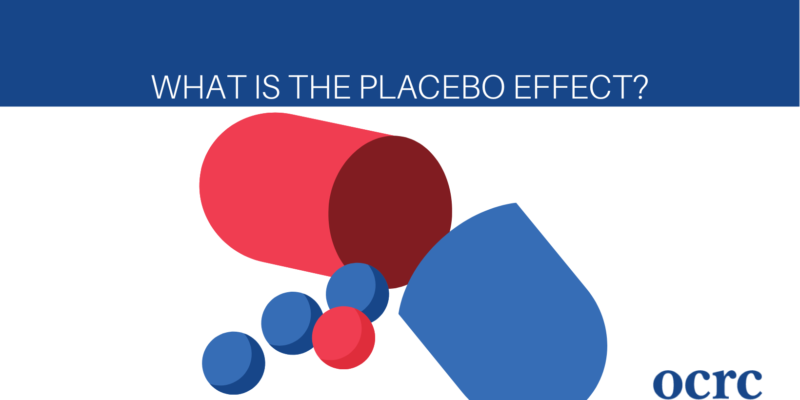 What Is the Placebo Effect?

What Is the Placebo Effect?

“I’m a Cub Scout Camp Leader. When the kids start crying and want to go home, we just give them ‘homesick medicine’,” reads a submission on PlaceboArchive.org. “The kids always feel better within 15 minutes. The medicine is Tic-Tacs.”

The Power of the Mind

Our minds can do incredible things—they can even influence the ways our bodies respond to different situations. Similar to the above situations, many of us have likely experienced everyday examples of placebos: anything that seems to be a medical treatment, but isn’t. This phenomenon, called the “placebo effect,” is a significant part of clinical research.

While there are as many types of placebos as there are methods of medication, what all placebos share in common is that they do not contain any substances which affect health or wellbeing. In fact, many placebo pills are simply composed of sugar.

Why Use Placebos in Clinical Research?

Placebos, often used in studies of medical treatments, are used in clinical research as a controlled variable to test the effectiveness of said treatments. Volunteers in clinical trials will often be divided into groups; one group would receive the treatment in question, and the other would receive a fake treatment—the placebo—without knowing which one they are receiving. Researchers can then accurately compare the results of the experimental drug with the results of the placebo. If they both have the same reaction, this generally means that the drug is not effective.

Ideally, volunteers in clinical trials would have no response to placebos, thus being able to determine the effectiveness of a studied drug with full accuracy. However, people can—and often do—have responses to placebos. One theory is that the placebo effect occurs because of a person’s expectations. If a volunteer in a clinical trial believes they are receiving a studied drug, they will likely expect the drug to do something. That person’s body will then be influenced to create similar effects to that of the actual drug.

The Placebo Effect: Helpful or Harmful?

The placebo effect has opened doors to further research on the brain: if expectations of a medication can cause both positive and negative physical reactions, what else can our brains do?

ClinicalTrials.gov and CenterWatch.com provide listings for clinical trials which are recruiting participants. Additionally, your own doctor and/or community hospital may be involved in clinical trials. You can always contact us to inquire about current research volunteer opportunities.