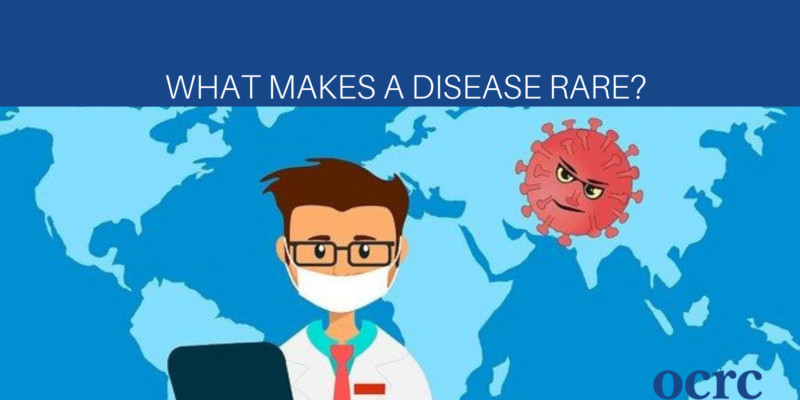 What Makes a Disease Rare?

What Makes a Disease Rare?

While the medical conditions may be rare, individual sufferers are not. As many as 25-30 million Americans are currently living with a rare disease. Many of these diseases also have varying symptoms. This can make them even more difficult to identify with such a small sample size. For example, a handful of individuals affected by the same rare disease may show different symptoms; this often leads to misdiagnosis and delayed treatment.

Almost All Rare Diseases Have a Few Things in Common

Rare diseases are also known as “orphan diseases.” This term relates to drug companies’ disinterest in adopting them in favor of developing treatments. The Orphan Drug Act of 1983 was created to provide financial incentives for those drug companies, in order to encourage them to develop treatments for diseases that only affect a small percentage of the population. Thanks to the Orphan Drug Act, more than 400 drugs are now available to treat rare diseases. This is in stark contrast with the (fewer than) 10 treatments between 1973 and 1983.

While researchers learn more about these diseases every day, there is still a lot of needed development ahead. Additionally, the lack of scientific knowledge and international collaboration still proves to be an obstacle. Many of the Institutes and Centers at the National Institutes of Health (NIH) are supporting research to support sufferers of rare diseases. One of the NIH Centers, the Center for Advancing Translational Sciences (NCATS), is working to speed up the process of getting new cures and treatments for patients suffering from rare diseases. Within NCATS, there are even more programs, including:

How Clinical Research is Helping Those with Rare Diseases

Of course, the research being done would not be possible without the participation of clinical trials (and their volunteers). If you are interested in playing a part in treatment development for rare diseases, check out one of our previous posts: How to Find Clinical Trials in Your Area. You can also talk to your doctor for recommendations, or you can always contact us to learn more about participating in clinical studies in the Orlando area.