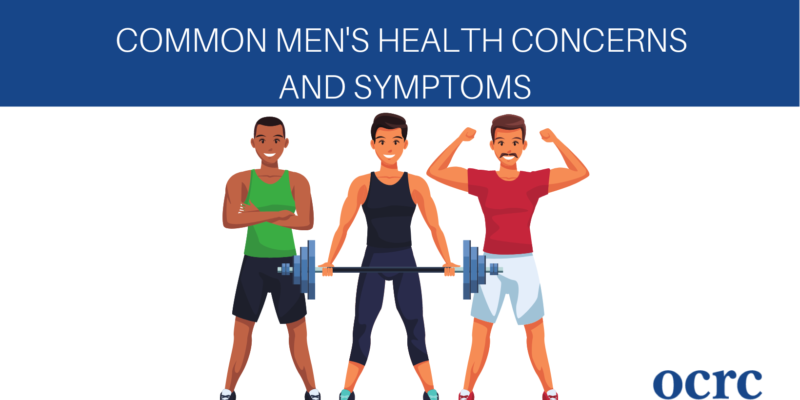 It’s a simple fact: women are healthier than men. The reasoning behind this fact, however, is not so simple.

Not only do men die at higher rates from leading causes of death, but they also tend to die younger. On average, women live five years longer than their male counterparts. While biology can play a role in this phenomenon, it’s largely due to the fact that men often take a much different approach to their health compared to women… by not really approaching their health at all.

Why Are Women Healthier Than Men?

Common men’s health concerns aren’t a mystery. In fact, many of them are preventable; the biggest problems aren’t necessarily the diseases themselves, but rather a lack of health monitoring and early detection. Compared to women, men are much more likely to smoke and drink, engage in risky behavior, and go to the doctor less frequently, often putting symptoms on the backburner until a condition is serious.

The good news is that it’s never too late to take control of your health by gaining an understanding of common men’s health concerns and symptoms, along with helpful prevention tips.

While heart disease is the leading cause of death for men and women alike, nearly twice as many men die from heart-related conditions. This is largely due to the fact that compared to women, men’s arteries begin hardening earlier, making early and often doctor’s visits a good idea.

Symptoms of heart disease in men include:

Symptoms of depression in men include:

Did you know that men are more likely to develop type 2 diabetes, even at a lower weight than women? This is largely due to the fact that adult men have more belly fat than women. In other words, that beer gut could be doing some serious damage.

Symptoms of diabetes in men include:

Symptoms of low testosterone in men include:

If you suspect that your testosterone levels are low, a doctor will be able to provide an official diagnosis and treatment plan.

Men, don’t put your health on the backburner. Visit the doctor for regular checkups, whether you’re experiencing symptoms or not. If you do have symptoms, don’t wait to get them checked out, as early detection is key when it comes to the majority of health concerns.

Living a healthy, active lifestyle will also put you at a lower risk of developing certain health issues. Not sure where to start? Check out these 5 simple ways to improve your health: https://ocrc.net/5-simple-ways-to-improve-your-health/