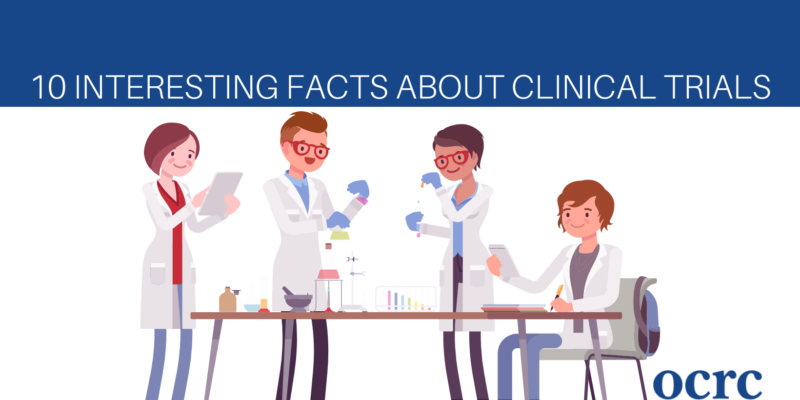 Without clinical research, there would be no medical advancements. Without medical advancements, ailments such as polio, smallpox, and leprosy would still rampantly affect Americans. Now, due to clinical trials, we may see cures for diseases such as cancer, HIV/AIDS, and even Alzheimer’s within our lifetime.

Clinical trials are leading the way for new medical breakthroughs. Take a moment to learn 10 interesting clinical research facts that you may not already know!

If you would like to be a part of a clinical study, please contact us to get more information about your eligibility for current and future studies. You can also check out our blog for more information, liking knowing if you should pursue a career in clinical research.