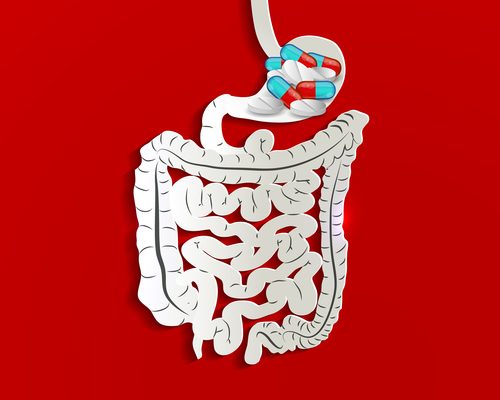 How Does The Body Metabolize Medication?

How Does The Body Metabolize Medication?

When the human body begins to metabolize a medication, different organs process the ingredients before they are finally released in the bloodstream. While the process may sound straightforward, different drugs dissolve at different rates, different formulas, and dosages breakdown differently – and, everybody’s body metabolizes medication uniquely. These are just a few of the many complexities behind the nature of drug absorption and metabolism.

How does medication enter the bloodstream?

The vast majority of medications are taken orally and are broken down within the gastrointestinal tract. Once the medication arrives, it is broken down by stomach acids before it passes through the liver and then enters the bloodstream. Certain medications may stay in the bloodstream longer – it all depends on the dosage and drug family consumed.

There are several factors at play when determining the overall time required for medication to fully digest. The following factors all impact an individual’s sensitivity to and absorption of medication:

Gastric acids may prevent or slow the breakdown of certain medications. Additionally, when a medication is metabolized in the liver, its potency will decrease along with its effectiveness before the therapeutic reaches the bloodstream.

According to Merck, in order “to be absorbed, a drug is given orally must survive encounters with low pH and numerous GI secretions, including potentially degrading enzymes.” This research exemplifies the reasoning behind doctor’s common orders to take a medication with a full stomach. There is science behind the reason why it’s advisable to follow his or her orders.

How long does it take for the body to absorb medication?

The method of drug consumption affects the rate at which the medicine travels throughout the bloodstream. The solubility of the medication also affects how long it will take for the medication to dissolve. In general, it typically takes approximately 30 minutes for most medications to dissolve.

When a medication is coated in a special coating – which may help protect the drug from stomach acids – often times it may take longer for the therapeutic to reach the bloodstream. For example, aspirin may dissolve in a matter of minutes, while gelcaps may take much longer, due to their gel coating. These pills may also be easier to swallow, so it is important to weigh the pros and cons of different medications.

How is medication administered?

Certain medication forms are associated with more potent medications. For example, intravenous medications may be more potent than the capsule. A sublingual tablet typically moves more quickly through the circulatory system and is thus rapidly metabolized. The same is true of rectal medications, where a significant number of blood vessels are present.